Join New Mexico Press Women for a salute to legendary author Tony Hillerman on the 94th anniversary of his birth on Saturday May 25 at Bookworks (4022 Rio Grande Blvd NW) at 3 p.m. 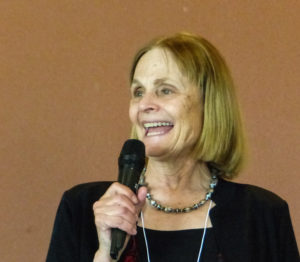 Anne Hillerman, the New York Times bestselling author will be there to discuss her father Tony Hillerman and his work, as well as her own five books, which bring together modern mystery, Navajo traditions, and the evocative landscape of the desert Southwest. Her fifth book featuring Navajo police officers Bernadette Manuelito, Jim Chee and the legendary lieutenant Joe Leaphorn has just been released. Hillerman will talk about The Tale Tellers at the celebration.

James McGrath Morris is an author of biographies and narrative nonfiction. He is currently writing a biography of writer Tony Hillerman. 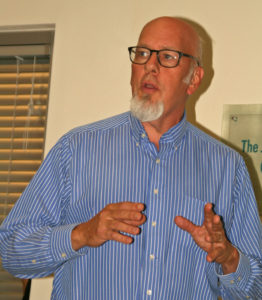 His latest book is “The Ambulance Drivers: Hemingway, Dos Passos, and A Friendship Made and Lost in War.” Morris’s books include the New York Times Bestselling Eye on the Struggle: Ethel Payne, The First Lady of the Black Press, which was awarded the Benjamin Hooks National Book Prize; Pulitzer: A Life in Politics, Print, and Power—which the Wall Street Journal deemed was one of the five best books on American moguls and Booklist placed on its 2010 list of the ten best biographies; The Rose Man of Sing Sing: A True Tale of Life, Murder, and Redemption in the Age of Yellow Journalism—a Washington Post Best Book of the Year; and, Jailhouse Journalism: The Four Estate Behind Bars.